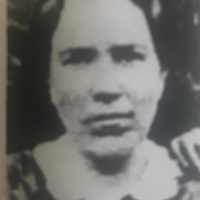 Save to my tree Journal Entry from daughter, Isabella Smith