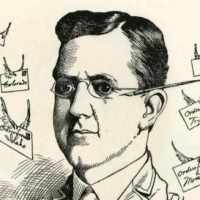 The Life of Heber

Put your face in a costume from Heber's homelands.

Prohibits the federal government and each state from denying a citizen the right to vote based on that citizen's race, color, or previous condition of servitude. It was the last of the Reconstruction Amendments.
1878 · Bacup Natural History Society

The Bacup Natural History Society was established in 1878 in Lancashire. It holds a collection of over 4,000 photos, slides, and documents. It holds many different artifacts from military to fossils.
1884