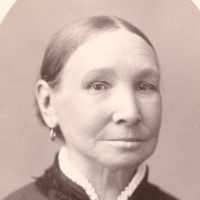 When Sarah Higginbottom was born on 23 March 1826, in Mayfield, Derbyshire, England, United Kingdom, her father, Bradford Higginbotham, was 20 and her mother, Mary Ann Bradbury, was 22. She married David Booth in 1849, in Church of St. Michael and All Angels, Ashton-under-Lyne, Lancashire, England, United Kingdom. They were the parents of at least 2 sons and 4 daughters. She lived in Albany, Albany, New York, United States in 1860. She died on 18 February 1894, in Brigham City, Box Elder, Utah, United States, at the age of 67, and was buried in Plain City, Weber, Utah, United States.