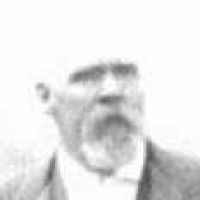 The Life Summary of John Jex

Put your face in a costume from John Jex's homelands.

John Jex Smith was born April 16, 1840, at Sound, Suffolk, England. He was the eldest of five children born to Henry Smith and Susannah Jex. Becoming a convert to the Church of Jesus Christ of Latte …