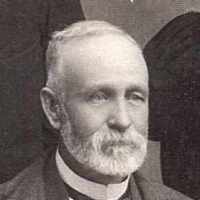 Irish and Scottish: variant of McGee .

Incidents in the Life of James McGhie and Isabella Lindsay