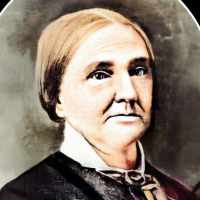 History of Elizabeth Ann Johnson Cox As told to her granddaughter Alice Smyth King with remembrances by Verona Blackham Balle My father was Robert Johnson and my mother was Elizabeth Johnston. Father …