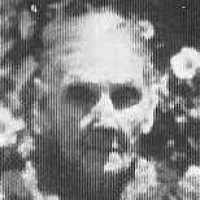 Irish (Cork): from a shortened form of Mac Coitir, earlier Mac Oitir ‘son of Oitir’, a Gaelicized form of the Old Norse personal name Óttarr (from ótti ‘fear, dread’). Old Norse Óttarr appears to have had two renderings in Gaelic, Ottar and Oitir. The former appears in Cotter, the latter in Cottier , but the record, especially of Cottier, suggests that the two names have sometimes been confused.English: status name from Middle English coter, a technical term in the feudal system for a serf or bond tenant who held a cottage by service rather than rent, from Old English cot ‘cottage, hut’ (see Coates ) + -er agent suffix. However, in England the name is usually that of Irish immigrant families.Possibly an Americanized form of German Kotter .

ADAM COTTER 1799-1869 By Lois Wheeler Oldham Adam Cotter was 64 years old on Friday, June 3, 1864, as he boarded the ship Hudson headed for New York and Castle Garden. The final destination to join t …