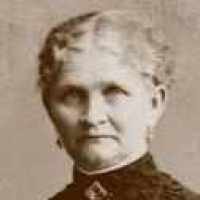 The Life Summary of Eliza Esther

Put your face in a costume from Eliza Esther's homelands.

Irish (especially Ulster): Anglicized form of Gaelic Mac Cú Uladh, a patronymic from the personal name Cú Uladh ‘hound of Ulster’. Compare McNally , which is from Mac Con Uladh, genitive form of the same name, and McColl , with which the name seems to have sometimes been confused. The name McCullough has sometimes been associated with Gaelic cullach ‘wild boar’, and some families in County Sligo translated it into English as Boar. However, Mac Cú Uladh is the more likely explanation.

By Ester Black Mathews, a granddaughter Eliza Esther McCullough King was born December 30, 1837, in Jackson (Cold Water) Michigan, and was the second child of Levi H …