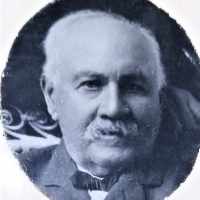 English:habitational name from one or more minor places in northern England and the North Midlands named with the singular or plural form of Middle English storth (Old Norse storth) ‘brushwood; young plantation’. In Lancashire these include Storrs (in Arkholme with Cawood), and in Yorkshire Storrs (in Bradfield), Storr Hill (in Wyke), Storthes Hall (near Huddersfield), and Dungworth Storrs (near Sheffield). In Nottinghamshire and Derbyshire the surname is associated with terrain on the western edge of Sherwood Forest.variant of Storr , with post-medieval excrescent -s.

Mary Elizabeth Hilton was born in St. Louis, Missouri March 19, 1853. She was the daughter of Allen Hilton and Sarah Boardman. It took them nine months to come to Salt Lake City because of the poor …