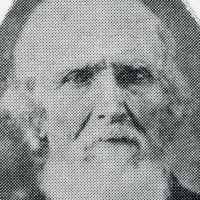 The Life Summary of Peder Nielsen

When Peder Nielsen Jeppesen was born on 19 September 1816, in Sigersted, Ringsted, Denmark, his father, Niels Jeppesen, was 28 and his mother, Maria Rasmusdatter, was 32. He married Caroline Sophia Sørensen on 12 April 1845, in Jystrup, Ringsted, Denmark. They were the parents of at least 3 sons and 5 daughters. He died on 26 July 1891, in Mantua, Box Elder, Utah, United States, at the age of 74, and was buried in Mantua Cemetery, Mantua, Box Elder, Utah, United States.

Put your face in a costume from Peder Nielsen's homelands.

Rasmus Nielsen Jeppesen 1820-1896 It was on the 28th day of June, 1820 that Rasmus made his appearance in to the home of Niels Jeppesen and his wife Marie Rasmussen. Their home at Sigersted, Soro, De …