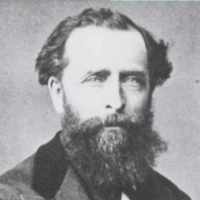 The Life Summary of Axel

When Axel Tullgren was born on 11 April 1826, in Laholm, Halland, Sweden, his father, NILS PETTER TULLGREN, was 33 and his mother, Bengta Anderson, was 35. He married Ellen Neilson on 24 April 1853, in Copenhagen, Copenhagen, Denmark. They were the parents of at least 3 sons and 4 daughters. He died on 6 February 1924, in Spring City, Sanpete, Utah, United States, at the age of 97, and was buried in Spring City, Sanpete, Utah, United States.

Put your face in a costume from Axel's homelands.

(Danish) form of Absalom , also now used in parts of the English-speaking world.