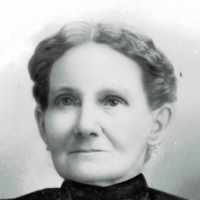 Heart Throbs of the West - A History of James Andrus

Put your face in a costume from Laura Arrilla Altha's homelands.