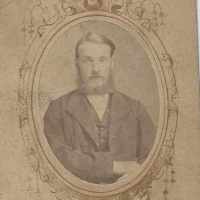 The Life Summary of Carl Johan

When Carl Johan Sundback was born on 31 May 1832, in Forserum, Jönköping, Sweden, his father, Anders Jonasson, was 36 and his mother, Kristina Arvidsdotter, was 35. He married Anna Charlotta Gorling in 1854, in Trinitatis, Copenhagen, Denmark. He died on 7 April 1912, in Utah, United States, at the age of 79, and was buried in Salt Lake City, Salt Lake, Utah, United States.

Put your face in a costume from Carl Johan's homelands.