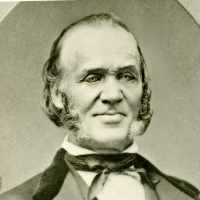 The Life Summary of George Welton

Put your face in a costume from George Welton's homelands.

George Welton Ward was born September 12, 1814, in the village of Leiston of Suffolk, England, the third of 13 children born to John Ward and Susannah Welton. His father was a farmer and Samuel Ward, …