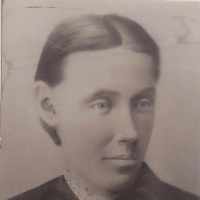 English (of Norman origin): from Old French basset ‘of low stature’, a diminutive of basse ‘low, short’, either a nickname for a short person or a status name for someone of humble origins.

History: William Bassett (c. 1598–1667) came to Plymouth, MA, from Kent, England, in the 1620s; c. 1650 he moved to Duxbury and subesequently to Bridgewater. He had many prominent descendants, among them one of the earliest families on Martha's Vineyard. — The surname Bassett of French origin (see 2 above) is listed in the register of Huguenot ancestors recognized by the Huguenot Society of America.

Harriett Cordelia Bassett was born on 13 September 1850 in Nauvoo, Hancock, Illinois to Loren Elias and Hulda Dimrus Vaughn Bassett. She was the fourth of five children,two girls and three boys. All …

Put your face in a costume from Harriet Cordelia's homelands.