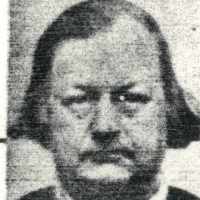 The marriage certificate of Charles Aldous and Mary Ann Brewer (1855) lists the occupation of James Brewer as "Harness Maker."