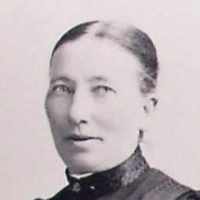 When Mary Ann Eynon was born on 16 February 1837, in Landshipping, Pembrokeshire, Wales, United Kingdom, her father, Richard Eynon, was 29 and her mother, Sarah Ann Morse, was 28. She married Edward Burgoyne on 7 March 1861, in Brynmawr, Breconshire, Wales, United Kingdom. They were the parents of at least 2 sons and 4 daughters. She lived in Utah, United States in 1870 and Montpelier, Bear Lake, Idaho, United States in 1910. She died on 21 November 1922, in Salt Lake City, Salt Lake, Utah, United States, at the age of 85, and was buried in Montpelier, Bear Lake, Idaho, United States.

The Burgoyne's and the Wilcox's