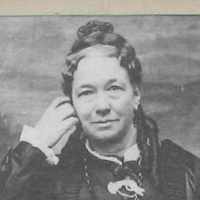 English: from Middle English rok(ke) ‘rock’. The surname may be topographic, denoting someone who lived near a notable rock or rocky outcrop, or habitational, denoting someone from a place called with this word, such as Rock (Northumberland). Compare Roach .English: from a misdivision of the Middle English phrase atter oke ‘at the oak’. The surname may be topographic, signifying someone who lived by a prominent oak tree, or habitational, denoting someone from a place so named, such as Rock (Worcestershire), Rook in Cornwood (Devon), and Rock in Washington (Sussex). Compare Nock .English: perhaps a nickname for a spinner or a maker of distaffs from Middle English rok(ke) ‘distaff’ (from Old Norse rokkr or Middle Dutch rocke or an unattested Old English cognate). Compare Rocker .

Mary Ann Rock was born February 2, 1812, to George Rock and Mary Clarke at Westhide, Herefordshire, England and was married to Benjamin Williams about July 4, 1837. Elder Wilford Woodruff came to …