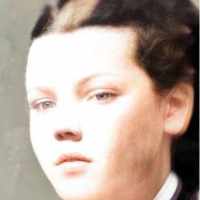 English: habitational name from Strättlingen near Thun in Switzerland. The English landed family bearing this name, with a seat at Saint Donats (Glamorgan), traces its origins to John de Estratlinges (died c. 1293), who came to England from Switzerland with Otto de Grandison, Edward I's companion-in-arms.

History of Maria Stradling Oborn I am Maria Stradling, a member of company Four, led by James Willie (Willie Handcart Company of LDS Church). I was born in Somerset England. As a child, I labored …