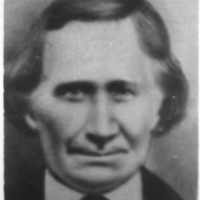 When Niels Christian Eskildsen was born on 22 June 1808, in Gudum, Fleskum, Ålborg, Denmark, his father, Eskild Christensen, was 31 and his mother, Maren Nielsdatter, was 31. He married Maren Kathrine Nielsdatter on 29 September 1838, in Sønder Kongerslev, Hellum, Ålborg, Denmark. They were the parents of at least 3 sons. He lived in Nørre Kongerslev, Hellum, Ålborg, Denmark for about 10 years. He died on 15 November 1886, in Richmond, Cache, Utah, United States, at the age of 78, and was buried in Richmond City Cemetery, Richmond, Cache, Utah, United States.