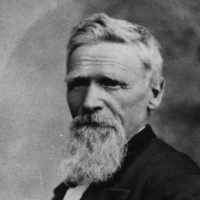 The Life Summary of Hans Hartvig

When Hans Hartvig Wilhelmsen was born on 26 September 1817, in Fredrikstad, Smaalenenes, Norway, his father, Wilhelm Hansen Hartvig, was 31 and his mother, Ingeberg Sophia Olesdatter, was 28. He married Anne Johanne or Antoinette Sandberg on 26 November 1841. They were the parents of at least 5 sons and 4 daughters. He lived in Utah, United States in 1870. He died on 13 May 1886, in Rockport, Summit, Utah, United States, at the age of 68, and was buried in Salt Lake City, Salt Lake, Utah, United States.

Put your face in a costume from Hans Hartvig's homelands.