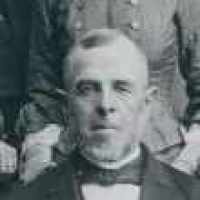 The Life Summary of Hopkin

Put your face in a costume from Hopkin's homelands.

Hopkin Mathews was born 13 July 1823 in Treboth, Swansea, Glamorgan, Wales to David and Mary Peregrin Mathews.  He was baptized a member of the Church of Jesus Christ of Latter-day Saints 19 March 18 …