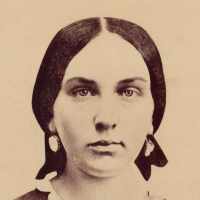 The Life Summary of Emma Linda

Put your face in a costume from Emma Linda's homelands.

Irish: Anglicized form of Gaelic Ó hUisce, literally ‘descendant of the water’, and for this reason sometimes Anglicized as Waters . However, it is more likely to be an altered form of Ó hUarghuis ‘descendant of Uarghus’, a personal name from elements meaning ‘cold’ + ‘vigor’.