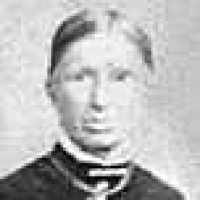 The Life Summary of Margaret Augusta

Put your face in a costume from Margaret Augusta's homelands.

English, Welsh, and Irish (of Norman origin): from Old French pourcel ‘little pig’ (from Latin porcellus, a diminutive of porcus ‘pig’), hence a metonymic occupational name for a swineherd, or a nickname, perhaps denoting someone thought to resemble a pig. This surname is common in Ireland, having become established there in the 12th century. There may sometimes be confusion with Pearsall .English: habitational name from Purshull in Elmbridge, Worcestershire. The placename derives from an uncertain first element + Old English hyll ‘hill’.

Ellen (Nellie) Pucell Unthank was born in Preston, Lancashire, England, where her parents were among the first people in that nation to accept the teachings of the restored gospel as taught by Wilford …