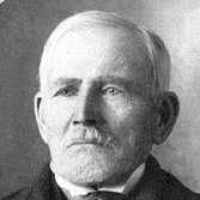 The Life Summary of Mons

Put your face in a costume from Mons's homelands.

Mons Anderson son of Anders and Mari Nielson Madson was born 1 Feb 1829 at Walberg, Raingsager, Wedemarken, Norway, a bleak cold part of the country among the mountains and Fjords of the wonderful l …