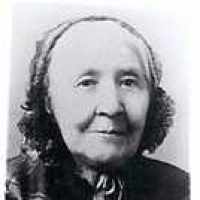 Some characteristic forenames: German Alois, Gerhard, Erna, Heinz, Ignaz, Ilse, Monika.German (also Förstner): variant of Forster .Slovenian (also Forštner): topographic or occupational name for someone who lived or worked in a forest, of German origin (see above and Forster ).

History of Sarah Forstner Zundel Sarah Forstner was born on January 8th, 1809, in the Harmonie or Rapp Society a few years after they had founded their first settlement at old Harmony, Butler Coun …