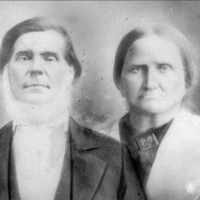 The Life Summary of Edward Robertson

Put your face in a costume from Edward Robertson's homelands.

Copy of a sheet given to Hazel Walker having been dictated from the memory of Alexander Walker which may have some discrepancies. Genealogy of the Walker family: ...The Edward Robertson Walker …