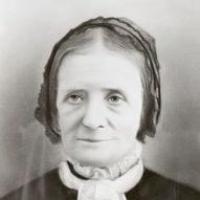 When Susanna Bayliss was born on 31 May 1814, in Lye, Worcestershire, England, United Kingdom, her father, John Baylis, was 53 and her mother, Ann South, was 43. She married Willard Richards on 22 December 1847, in Winter Quarters, Douglas, Nebraska, United States. They were the parents of at least 1 daughter. She lived in Leigh, Worcestershire, England, United Kingdom in 1841 and Nauvoo, Hancock, Illinois, United States in 1839. She died on 17 April 1891, in Farmington, Davis, Utah, United States, at the age of 76, and was buried in Farmington City Cemetery, Farmington, Davis, Utah, United States.

English: variant of Bailiff , with excrescent -s, an occupational name for an officer of a court of justice, whose duties included serving writs, distraining goods, and (formerly) arresting people. In England it was formerly a status name for the chief officer of a hundred (administrative subdivision of a county). The derivation is from Middle English, Old French bailis, from Late Latin baiulivus (adjective), ‘pertaining to an attendant or porter’ (see Bailey ).History: Thomas Baylies, a prominent Quaker, came to Boston from London in 1737.