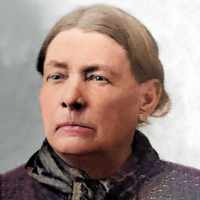 The Life Summary of Catharine Floyd

Put your face in a costume from Catharine Floyd's homelands.

English: from Middle English pese, pise (Old English peose, pise) ‘pea’. The word was commonly used to denote something small or of little worth, as in the phrase not worth a pese. It may have been used to nickname someone who habitually used the term or who was thought to merit it. It might alternatively have been a name for a pea-seller. Compare Bean .Americanized form of French Pié (see Pie ), with the addition of excrescent -s, a common feature of Americanized surnames.History: Robert and John Pease came from Great Baddow, Essex, England, to Salem, MA, in 1634. In 1644 Robert died, leaving a son (also called Robert) who was apprenticed as a weaver in Salem. By 1646 John Pease was living on Martha's Vineyard.