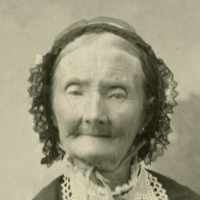 Irish: most probably an altered form of Irish Callahan , influenced by the common element of English habitational names, ham. This surname is now rare in Britain and Ireland.