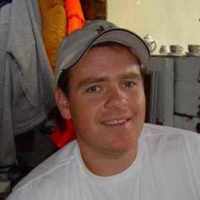 Put your face in a costume from Josiah Benjamin's homelands.

Department of Education was organized to guide the schools throughout the United States in what to teach and how to teach it. The Department also collects data on the schools to see where government focus needs to go.

On June 12, 1980, a settlement act in regards to the land owned by native people was presented by senators William Cohen and George Mitchell. The law was passed in September and signed by President Carter in October. The funding was approved on December 12. The Penobscot, Houlton, and Passamaquody tribes received roughly $25,000 and 275 acres per capita. All of the existing aboriginal title was extinguished; the various tribes received funds and new land was purchased.

During 1987, paper mill workers across the country protested the practices of International Paper company, such as required wage givebacks, high insurance payments, no double pay for overtime, and the elimination of holidays. The most notable protests occurred in Jay, Maine. International Paper immediately fired every single striker, and the protesters lost their power after they had all been replaced.
1 French: variant of De Var, a habitational name for someone from a place named Var, for example in Charente.2 Respelling of French Devors, a habitational name, with the preposition de, for someone from Vors in Aveyron.