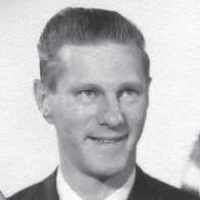 Put your face in a costume from Frank Arthur's homelands.

New Jersey was severely impacted by the Great Depression. In response to the economic woes of the country, President Franklin D Roosevelt issued a series of programs and regulations referred to as the "New Deal". One-tenth of the New Jersey population was already using New Deal programs by 1933.

Because of New Jersey's strategic location, it served a critical role in North American's defense plans during the Cold War. During two of the most intense decades of the Cold War era, New Jersey was home to over a dozen U.S. Army Nike missile installations. The Nike Missiles were named after the mythical Greek goddess of victory, and were deployed at sites that surrounded major metropolitan areas. The sites were deactivated in 1974.
(1997: 5840;2007: 10259; 2010: 13301)Some characteristic forenames: German Hans, Kurt, Otto, Erwin, Ernst, Fritz, Gerhard, Hermann, Horst, Manfred, Udo, Alois.German (also Gräf): status name from Middle High German grāve, grābe, which was used as a title denoting various more or less aristocratic dignitaries and officials. In later times it became established as a title of nobility equivalent to the Romance count. The vocabulary word also denoted a variety of different minor local functionaries in different parts of Germany. In the Grand Duchy of Hesse, for example, it was used for the holder of the comparatively humble office of village headman (compare Mayer , Schulz , and Vogt ). The surname could have originated from any of these senses or be a metonymic occupational or status name for a servant or retainer of a count, or a nickname for someone who gave himself airs and graces. This surname is also found in many other European countries, for example in France (Alsace and Lorraine), Hungary, Poland, Czechia, Slovakia, Croatia, and Slovenia, often as a translation into German of the corresponding Hungarian and Slavic surnames Gróf and Grof . Compare Graef .

THE SWEATER I have been serving as a driver for the Bishops Storehouse for several years. Although it was a 1 and a half mission call, I have continued on now for 4 years. One day, during the w …