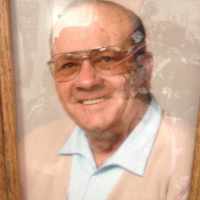 Put your face in a costume from Jack W's homelands.

1932 · The Youngest Federal Judge in US History

David R. Daines, a native of Logan, was appointed as a federal judge in 1961 at the age of 23. He became the youngest federal judge in U.S. history. After his time as a judge, he continued practicing law in Logan for more than 60 years.

The Berlin Blockade was the first major crises of the Cold War. The Soviet Union blocked all access to the sectors of Berlin under Western control and offered to drop the blockade if the newly introduced Deutsche Mark was removed from West Berlin. The Berlin Blockade showed the different ideological and economic visions for postwar Europe. Even though there wasn't any fire fight during the cold war, many of these skirmishes arose and almost caused nuclear war on multiple occasions.
1 English: from the Norman personal name Huard, Heward, composed of the Germanic elements hug ‘heart’, ‘mind’, ‘spirit’ + hard ‘hardy’, ‘brave’, ‘strong’.2 English: from the Anglo-Scandinavian personal name Hāward, composed of the Old Norse elements há ‘high’ + varðr ‘guardian’, ‘warden’.3 English: variant of Ewart 2.