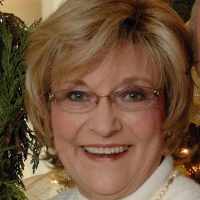 The Life of Jacqueline Renee

Put your face in a costume from Jacqueline Renee's homelands.

The North Atlantic Treaty Organization is an alliance between 29 North American and European countries. The agreement of the alliance is to help defend each other if attacked by an external country. The last country to enter was Montenegro in 2017.
1953 · The Southgate Shopping Center

The Southgate Shopping Center was built as a part of a $17 million community development in the suburb of Maple Heights. The center held 86 stores, supermarkets, banks, residences, restaurants and a hotel. The Shopping Center has outlasted its biggest competitor in the area, Randall Park, and celebrated its 60th anniversary in 2015.
1966 · The Freedom of Information Act