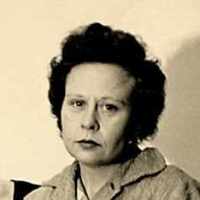 The Life of Pearl Irene

Put your face in a costume from Pearl Irene's homelands.

To end World War I, President Wilson created a list of principles to be used as negotiations for peace among the nations. Known as The Fourteen Points, the principles were outlined in a speech on war aimed toward the idea of peace but most of the Allied forces were skeptical of this Wilsonian idealism.
1931 · The Parthenon is Built

In 1931, a full scale replica of the Parthenon in Greece was erected in Nashville, Tennessee. The Parthenon was meant to be temporary, but became a permanent part of Tennessee culture. It also has a replica of the statue of Athena the Goddess of War.At the same time a city over Memphis built  giant pyramid replica to remind everyone what the city was named for.
1942 · The Japanese American internment

Byrdie was born in Tennessee, a coal miner's daughter -- well a coal mine supervisor's daughter. I didn't know her father, but her mother was the most gentle woman I've ever met. As each of the succ …