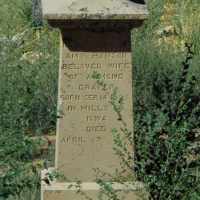 A sketch of the life of Julia Hansen Hall

A sketch of the life of Julia Hansen Hall Written by herself in 1934 I was born near Glenwood, Mills County, Iowa on January 28, 1860. The following year I came to Utah with my mother, brothers, a …