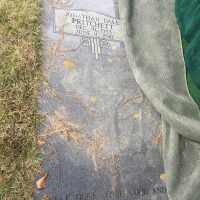 The Life of Jonathan Dale

Put your face in a costume from Jonathan Dale's homelands.

The civil rights movement was a movement to enforce constitutional and legal rights for African Americans that the other Americans enjoyed. By using nonviolent campaigns, those involved secured new recognition in laws and federal protection of all Americans. Moderators worked with Congress to pass of several pieces of legislation that overturned discriminatory practices.
1957 · Royalty Visits the White House

On October 17, 1957, Queen Elizabeth and Prince Philip visited President Eisenhower at the White House. This was the second time the British Monarchy had been to the White House.
1969

"Neil A. Armstrong and Edwin E. Aldrin landed on the lunar surface while Michael Collins orbited overhead in the Apollo command module. After checkout, Armstrong set foot on the surface, telling the millions of listeners that it was ""one small step for man, one giant leap for mankind""."

1 Welsh: Anglicized form of Welsh ap Rhisiart ‘son of Richard ’. Compare Pritchard .2 English (Midlands): from a diminutive of Middle English prik(e), prich ‘point’, ‘prick’, hence a metonymic occupational name for a maker or user of any of various pointed instruments, or a nickname for a tall, thin man.