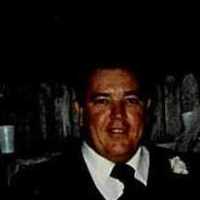 The Life of Thomas Edward

When Thomas Edward Worthington was born on 26 June 1938, in Montgomery, Montgomery, Alabama, United States, his father, Benjamin Bazil Worthington, was 20 and his mother, Gatsie Minerva Gammage, was 20. He died on 7 September 2007, at the age of 69, and was buried in Hurricane City Cemetery, Hurricane, Washington, Utah, United States.

Put your face in a costume from Thomas Edward's homelands.

Named in honor of Major Ployer Peter Hill, Hill Field started as an ill-fated Air Mail experiment. Hoping to be located closer to the Salt Lake City area, the present-day site near Ogden was a clear favorite. In July 1939, Congress gave the green light for the establishment and construction of the Ogden Air Depot. Hill Field officially opened on 7 November 1940. Hill Field officially became Hill Air Force Base after World War II and continued to store and maintain warplanes during the Korean and Vietnam Wars. Today the Air Force Base is still in service, but it also has an Aerospace Museum on site where many people visit each year to learn of its history in Northern Utah.
1941 · The Tuskegee Airmen

The first African-American military aviators in the U.S. Army Air Corps were known as the Tuskegee Airmen, after the Tuskegee Army Air Field where they trained. The group flew over 15,000 individual sorties during World War II which earned them over 150 Distinguished Flying Crosses.
1958 · The First U.S. Satellite in Space

English: habitational name from places in Lancashire and Leicestershire named Worthington; both may have originally been named in Old English as Wurðingtūn ‘settlement (Old English tūn) associated with Wurð’, but it is also possible that the first element was Old English worðign, a derivative of worð ‘enclosure’.