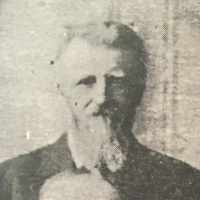 The Life Summary of Joseph Farrar

Put your face in a costume from Joseph Farrar's homelands.

English (Yorkshire): occupational name from Middle English whelewright(e), whelrihte ‘wheelwright, maker of wheels and wheeled vehicles’ (Old English hwēol + wyrhta). See also Wheeler .History: John Wheelwright (c. 1592–1679), clergyman, came to Boston, MA, from Lincolnshire, England in 1636. He was banished from Massachusettes for his support of his sister-in-law, Anne Hutchinson, in the antinomian controversy; he set up a community at Exeter, NH.

Quoted from the Mormon Migration Website at: http://mormonmigration.lib.byu.edu/Search/showDetails/db:MM_MII/t:voyage/id:437/keywords:Wheelwright Matthew WHEELWRIGHT travelled from Liverpool to New …