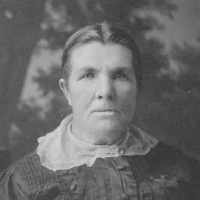 Sketch of Grandma Rankin (Janet Adamson) as dictated to E.A. Smith on February 10, 1932.

My name is Janet Rankin, daughter of Henry Adamson and Margaret Nicholson; born Nov. 17 1849 at Borland Fifeshire Scotland. My father was a coal miner at that place. When about 10 years old I starte …