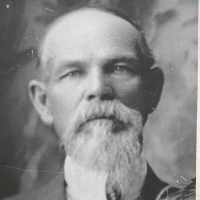 When William Henry John was born on 7 November 1841, in Mathry, Pembrokeshire, Wales, United Kingdom, his father, Thomas John, was 21 and his mother, Margaret Thomas, was 27. He married Sarah Ann Ashton on 10 November 1865, in Salt Lake City, Salt Lake, Utah, United States. They were the parents of at least 6 sons and 6 daughters. He died on 27 December 1916, in Thatcher, Graham, Arizona, United States, at the age of 75, and was buried in Thatcher, Graham, Arizona, United States.