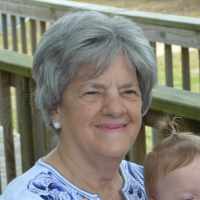 The Life of Ruby Dare

Put your face in a costume from Ruby Dare's homelands.

The Neutrality Acts were passed in response to the growing conflicts in Europe and Asia during the time leading up to World War II. The primary purpose was so the US wouldn't engage in any more foreign conflicts. Most of the Acts were repealed in 1941 when the Japanese attacked Pearl Harbor.
1941 · Pentagon is Built in Arlington

The Pentagon was developed as the Department of Defense had outgrown the other buildings were it was previous located.The groundbreaking for the Pentagon was on September 11, 1941. When the Pentagon was being built, it was determined that it could be no taller than four stories high. Colonel Leslie R. Groves was the supervisor of the project, he would later become known for helping on the Manhattan Project.
1958 · The First U.S. Satellite in Space

English, Dutch, and Jewish: variant of Samson . The -p- was introduced in the Greek transliteration of the Hebrew name Shimshon. The English surname has also long been established in Ireland. In North America, this name has absorbed other European cognates, for example Greek Sampsonakis, Sampsonides.