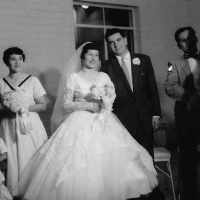 The Life of Orlando Arthur

Put your face in a costume from Orlando Arthur's homelands.

The Star-Spangled Banner is adopted as the national anthem.
1949 · The Queen Theatre

The Queen Theatre was opened on August 12 and housed a 540-seat auditorium. When the Queen Theatre was bought by Consolidated Amusements, they renovated the theater to maintain its style and get its equipment up to date. In 1993, the new Gateway 8 was taking away business from the Queen and ultimately it had to close its doors and sell its property.
1950

1 Spanish: habitational name from any of the places named Rivera, a variant of Ribera .2 Italian: northern variant of the southern (especially Sicily) topographic name Ribera .3 Catalan: in some cases, variant of Catalan Ribera .