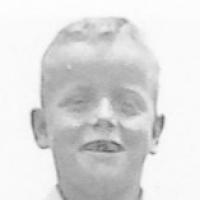 The Life of Billy Preston

Put your face in a costume from Billy Preston's homelands.

Caused by the tensions between the United States and the Empire of Japan, the internment of Japanese Americans caused many to be forced out of their homes and forcibly relocated into concentration camps in the western states. More than 110,000 Japanese Americans were forced into these camps in fear that some of them were spies for Japan.
1942 · Germans Sink Ships Near St. Simons Island

Lights from homes along the coast of St. Simons Island provided a clear view of the SS Oklahoma for German U-boat Captain Reinhard Hardegen on April 8, 1942. A German torpedo was fired at the SS Oklahoma shortly after midnight. An hour later, a second torpedo was fired at the oil tanker Esso Baton Rouge. Both ships sunk and the attacks left 22 seamen dead. After the incident, residents of the Golden Isles panicked over concern of a German Invasion of the coast and were stringently observant of a nighttime blackout.
1960