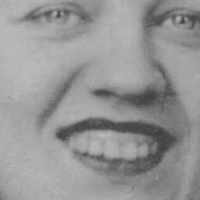 The Life of Laverne Jeanette

Put your face in a costume from Laverne Jeanette's homelands.

Variant of English and German Trapp .

My grandma was the world to me. I loved being around her. My favorite story is when my son Terry was learning to walk and my grandma was standing at the stove cooking and Terry crawled over to her a …