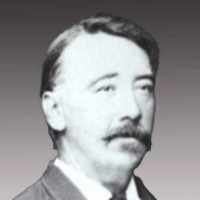 The Life Summary of Charles Lowell

Put your face in a costume from Charles Lowell's homelands.

At nineteen Abigail was married to a young Englishman, Charles Lowell Walker, September 28, 1861 in the Endowment House by D.H. Wells. They began keeping house in a small home made of logs, in t …