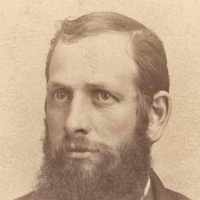 Irish (Cork): shortened Anglicized form of Gaelic Ó hAodha ‘descendant of Aodh’, a personal name meaning ‘fire’. Compare McCoy . In some cases especially in County Wexford, the surname is of English origin (see below), having been taken to Ireland by the Normans.English: variant of Hay , with post-medieval excrescent -s.English: topographic name from the plural form of Middle English hay(e), heye, heghe ‘enclosure’ (see Hay ), sometimes used as a collective noun for a farm, especially in Devon, where it is a frequent minor placename. Compare Hain .

Alma Hayes was born in Nauvoo, Illinois, on 11 January 1846, a son of Thomas and Polly Hess Hayes. At that time his parents were being driven from Nauvoo in the cold of the winter. His mother crosse …