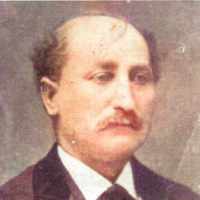 The Life Summary of Morris David

Put your face in a costume from Morris David's homelands.

Life and Travels of Morris David Rosenbaum (Taken from M.D.R.’s personal account of his life) (taken from the Lord Family Website http://lordfam.com/History/Life%20and%20Travels%20of%20Morris%20Davi …