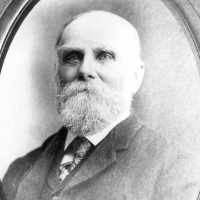 The Life of Anders Gustaf

Put your face in a costume from Anders Gustaf's homelands.

The March Unrest, or the Marsoroligheterna, was a series of riots in Stockholm in March 1848, due to news of the French Revolution. As a mob gathered and plundered shops on March 19, the militia fired shots and 18 deaths. The army arrived on March 21 for reinforcement and terminated any further rioting.
1867 · Sorry Mr. President, You can't do that.