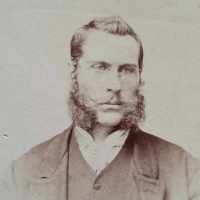 The Life Summary of Isaac Alphonzo

Put your face in a costume from Isaac Alphonzo's homelands.

July 24th Friday This is the 21st anniversary of the Pioneers entering the valley of the Great Salt Lake. owing to some unsettled business with bro Eldredge we could not move camp so lay over, and res …